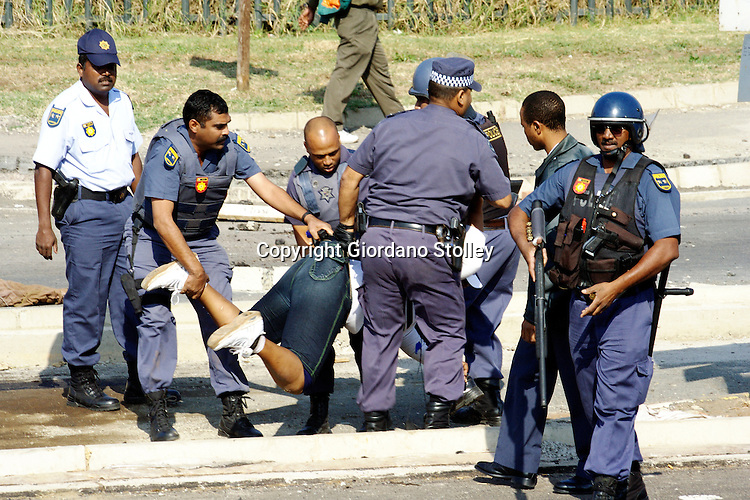 Traders Clash with Police
DURBAN - 19 June 2007 - Police arrest one of the protesting informal traders outside the Durban Magistrates Court..The traders were demanding the release of 20 of their fellow traders who had been arrested the day before (Monday). Later an estimated 500 people were arrested by police..Picture: Giordano Stolley/Allied Picture Press